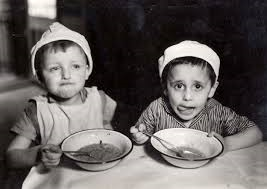 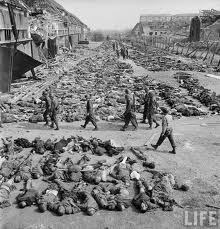 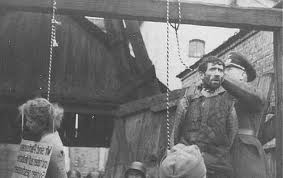 In Night there were many significant quotes that stood out among other texts in the book. Some include the quotes mentioned below.
Quote 1"I shall never forget the gratitude that shone in his eyes when he swallowed this beverage. The gratitude of a wounded animal. With these few mouthfuls of hot water, I had probably given him more satisfaction than during my entire childhood..." This picture shows Jewish children eating while, being alert of things. This is important because, this is all the Jews had to eat. Just a little bit of food. I mean a little. It helped the Jews a little but, not that much."

Quote  2" No prayers were said over his tomb. No candle lit in his memory. His last word had been my name. He had called out to me and I had not answered. I did not weep, and it pained me that I could not weep. But, I was out of tears. And deep inside me, if I could have searched the recesses of my feeble conscience, I might have found something like: Free at last!.." This was on page 112. This picture shows the Jews dead from starvation,  death, torture, hangings, etc. The Jews were dehumanized, not cared about, and were just plain garbage. The people were turning their backs on the all of the dead Jews and the Jews did not have a proper burial or ritual they were just laying on the ground dead. No one prayed or wept for them they simply forgot who they were. This picture is important because, it showed how much Jews weren't cared about at all. People just walked past the bodies like they were nothing. Even, when the Jews are dead they are not cared about.  The Jews are just on the ground laying there. But, their deaths happened because, of starvation, death, torture, hangings, etc."

Quote 3"  "Where is merciful God, where is He?" "For God's sake, where is God" "Where He is? This is where-hanging from the gallows..." "That night, the soup tasted of corpses." This happened on page 65 and 64 . This picture shows the hanging of the Jews by their necks. The Jews were hang for no reason only because of what they were. This also show dehumanization. This picture is important because, it showed Jews being judged for what they are in a bad way and then they had to die because, of it. For no apparent reason just because, they are Jews."